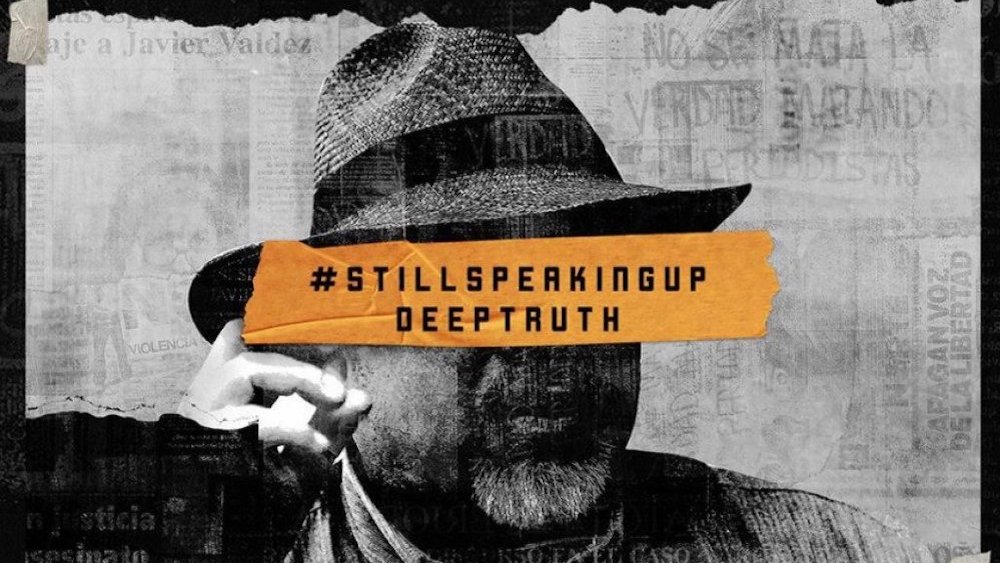 Two Creative eCommerce Grands Prix were awarded at Cannes Lions this year and both went to campaigns that helped vendors reach customers during pandemic shutdowns.

AB InBev’s Tienda Cerca offered small shopkeepers in Latin America a platform through which they could fulfil and deliver online orders. The Tienda Cerca platform, which was created by Drafline, Bogota, was eventually rolled out across Colombia, Ecuador, Peru, Mexico, El Salvador, Dominican Republic, Panama and Honduras.

The campaign saw a select group of Big Issue sellers trained on how to use LinkedIn to find opportunities and make sales during the pandemic when city streets were largely empty.

Carrefour has won the Grand Prix in Creative Business Transformation at this year’s Cannes Lions International Festival of Creativity.

The supermarket chain won with Act for Food, an initiative that improved consumer health, the brand’s sustainability credentials and made the food system better for farmers.

Act for Food was devised by Marcel in Paris and committed the retailer to abandon pesticides and antibiotics, guaranteed product traceability using a blockchain, banned controversial substances from all Carrefour food products, and doubled the number of products in its vegetarian range.

Since its launch, Carrefour has financed the conversion of 2,000 farmers to organic farming, removed 100 ‘questionable substances’ from Carrefour-label products, built the largest own-brand vegan label on the market, and made video surveillance in its slaughterhouses mandatory – among many other initiatives.

Such is the transformative power of Act for Food, that Carrefour has seen worldwide sales increase by 3.1% and the retailer became the leader in organic food in France, with its sales of fruit and vegetables rising by 5%, and its stock value growing by 9%.

The Contract For Change for Michelob Ultra Pure Gold by FCB Chicago and New York.

Mastercard scoops a Grand Prix for changing the system, Burger King earns a third for hacking it

The first, Mastercard’s industry-leading True Name initiative, makes it easy for people in the trans community to have their chosen name on their bank card – rather than insisting that their legal name is displayed. The significance of this seemingly small change is in the respect – and courtesy – it shows for a community at the centre of an increasingly contentious and toxic debate about trans rights.

The campaign to launch the True Name feature was launched by McCann New York during Pride Month 2019, and other banking brands have since adopted the same policy.

The second was won by Burger King, completing a hat-trick of Grand Prix wins for its popular Stevenage Challenge activation. The brand’s budget-friendly collaboration with an underperforming English lower-league soccer team has earned it what former CMO Fernando Machado describes as ‘impossible sponsorship’. Working with Stevenage ensured the brand’s logo would appear in the game on the club’s football shirt, but incentivising gamers to sign stars like Messi and Ronaldo to perform – and share – tricks in exchange for Burger King prizes made for a premier league campaign.

The Stevenage Challenge has scooped an impressive haul of awards at Cannes this week, but the Burger King also claimed a Grand Prix in the Outdoor category for their notorious Moldy Whopper campaign.

Enjoy Before Returning for Diesel by Publicis Italy, Milan

One/Second/Suit for H&M by Uncommon, London

Pedestal Project for Color of Change by BBDO, New York

The Birth of Gaming Tourism for Xbox by McCann, London

The New National Anthem Edition for An Nahar Newspaper by Impact BBDO, Dubai

Boards of Change for the City of Chicago by FCB, Chicago

Telecommunications company Telenor Pakistan has earned its second Grand Prix of Cannes 2021 for its Naming the Invisible by Digital Birth Registration campaign.

The latest win in the Mobile category adds to the other award Telenor picked up earlier in the week for Media.

The insight behind the campaign is that due to social and economic factors in Pakistan, 60 million Pakistani children don’t have a registered birth certificate. Without this, it prevents children from gaining access to medical care, social security, public schooling or protection from underage marriage and child labour.

To combat this issue, Telenor Launched the Digital Birth Registration initiative – an SMS application that enables authorised community leaders (such as teachers and healthcare workers) to record birth rates and register people for a birth certificate. According to the brand, across over 400 villages more than 1.2 million children are now no longer invisible due to the initiative.

Code of Conscience for Instituto Raoni by AKQA, São Paulo and Melbourne

Pedestal Project for Color of Change by BBDO, New York

The three Grand Prix winners were Lacoste, Nike and Essity

Three Grands Prix were awarded this year at Cannes in the Film Lions category. Lacoste won for its Crocodile Inside ad by BETC Paris, Nike for You Can’t Stop Us by Wieden+Kennedy Portland, and Essity for Bodyform’s Womb Stories, by AMV BBDO London.

Crocodile Inside depicts a couple arguing and reconciling again as a Parisian apartment block comes crashing to the ground around them. It was produced by General Pop, Pantin and Iconoclast in Paris. Nike USA’s You Can’t Stop Us, narrated by US soccer player Megan Rapinoe, features 72 clips of different sports stitched together into 36 perfectly synchronised split-screen frames. The 90-second ad has almost 60 million views to date.

Finally, Bodyform’s Womb Stories, which has swept up a number of other awards including the Titanium Grand Prix and the Film Craft Grand Prix, blends live action and animation to address issues such as miscarriage, menopause, period cramps, sex and birth.

The evocative campaign depicts the love hate relationship women have with their own bodies and reproductive cycles and was developed in response to a new research study by the brand which found that 66% of women who experienced miscarriage, endometriosis, fertility issues or menopause said that being open with family and friends helped them cope.

You Love Me for Beats by Dr. Dre by Translation, New York

Bodyform has won the Grand Prix in the Titanium category in another victory for Womb Stories, which also snagged Grands Prix in the Film Craft and Health & Wellness categories earlier this week.

The centrepiece of the campaign was a three-minute film, made in partnership with London-based AMV BBDO, which mixed live action and various styles of animation to portray the unique, changing and complicated relationships women have with their wombs.

The brand also created a global listening archive where it is collating the experiences of any woman who wishes to submit her #wombstory (which can be done through the Bodyform website), along with broader contextual statistics, advice and resources to support women going through these experiences.

In a previous interview with Contagious about the campaign, AMV BBDO strategy director Margaux Revol said: ‘Even in culture you never hear about uteruses in a poetic, powerful, lifelike way. You always hear it in a medical way, talking about your uterus because you’re going through pregnancy or you’re going through a health issue or hysterectomy. And here with this campaign, the idea was listening and projecting and helping through projection to open women’s minds to a relationship they’ve never conceptualised before.’

According to the agency, Womb Stories racked up over 60 million unique views worldwide and in the UK, the brand saw a 200% in its social media followers. The campaign generated 1.5 billion impressions in the UK alone.

Enjoy Before Returning for Diesel by Publicis Italy, Milan

You Love Me for Beats by Dre by Translation, New York

Boards of Change for City of Chicago by FCB Chicago

El Clásico de la Historia / The Match of Ages for Corona by We Believers, New York

Starbucks has won the Glass Grand Prix at this year’s Cannes Lions International Festival of Creativity.

The coffee chain won with I Am, a campaign that transformed a local Starbucks in Brazil into a registry office where transgender people could legally change their names for free.

The campaign, created by VMLY&R Brazil in São Paulo, was based on the insight that people in Brazil are often harassed for having a name on official documents that doesn’t reflect their identity. However, legally changing a name is an expensive and complicated process. In contrast, anyone who orders a drink at Starbucks has their elected name written on the cup without question.

By going to the Starbucks registry office, people immediately had their names changed and left with the new official documents in hand. The campaign resulted in a seven-times increase in daily legal name changes for the city of São Paulo.

Doconomy’s The 2030 Calculator, which enables fast and reliable calculations of products’ carbon footprints, has been awarded the Grand Prix for the Sustainable Development Goals category at Cannes this year.

The Swedish impact-tech startup’s tool generates products’ carbon footprint calculations, fundamental to carbon labelling, in minutes, making it easier for brands and manufacturers to be transparent.

Doconomy co-founder and head of innovation Johan Pihl compares carbon labelling to the introduction of calorie content to food packaging. ‘What happened over time was that people gained a better understanding,’ he told Contagious in an interview last year, adding that Doconomy’s goal here is similar, ‘to get consumers aware on a basic level how products differ on impact, making them understand that, accumulated over a year, it determines their overall individual carbon footprint. And that’s what we want to accomplish. A collective awareness of the impact of consumption.’

Earlier this year, Doconomy partnered with challenger bank Klarna to bring carbon impact calculations on all transactions to 90 million users, while it has also teamed with Mastercard to develop a carbon calculator that banks can integrate into their apps.

The Commitment for CCWD by VMLY&R Brazil, Sao Paulo

The Grand Prix for Good at this year’s Cannes has been awarded to Propuesta Cívica and Reporters Sans Frontières (Reporters Without Borders) for the #StillSpeakingUp DeepTruth campaign.

In 2017, journalist Javier Valdes was murdered for his investigations into the crimes of the Mexican cartels – sadly not a one-off, more than 120 journalists have been killed in Mexico since 2007 as a result of their criminal investigations.

To raise awareness and help tackle this issue, Propuesta Cívica and Reporters Sans Frontières used deepfake technology to bring Valdes back to life on Dia de Muertos (Day of the Dead) for a message aimed directly at Mexico’s president. The aim of which being to enact change that would help protect the freedom of the press and the journalists brave enough to speak out on these issues.

The campaign also launched a Twitter account under Valdes’ name, which other journalists could use to share their investigations anonymously and safely. The brand claims that for the first time ever there were six convicted murders for crimes against journalists in Mexico, with the campaign also resulting in 349 million impressions. 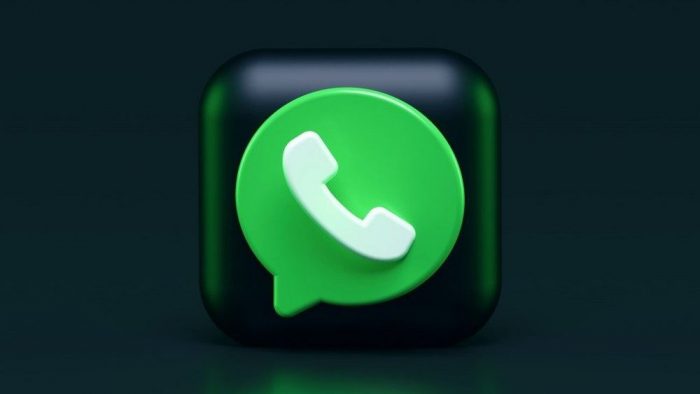 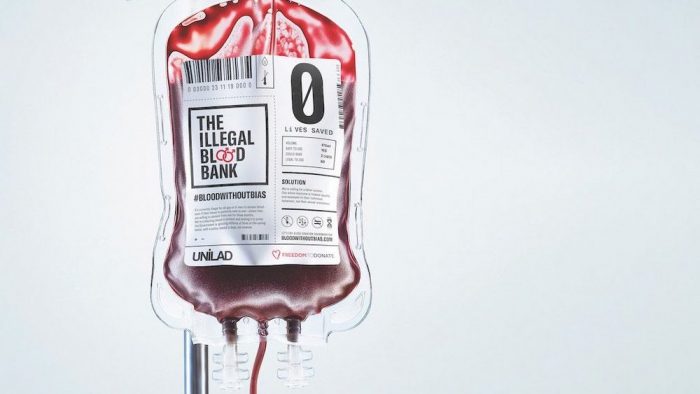